Babies ready to rock for season opener in Pallarenda Stakes 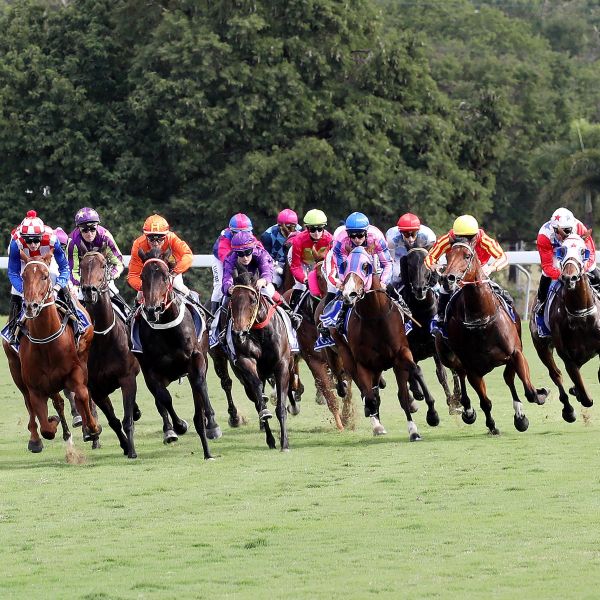 Respected Gordonvale trainer Ralph Baker is pinning his faith in a home-grown filly to give him another big race success in the fillies’ division Pallarenda Stakes at Cluden Park on Saturday.

Keys Please, bred from Jacsaid a mare Baker trained, stamped herself as a top contender for the fillies’ division of the Pallarenda with a six length win in an official trial in Atherton a fortnight ago.

Baker knows what it takes to win big juvenile races in Townsville.

He’s tasted major success with two-year-olds in the past with the likes of Cairns Version, Freedom Rules and Lindy Lou.

And he’s confident Keys Please will run well in the Pallarenda – both heats traditionally the first two year-old races of the season in the north.

“The mother was a well bred mare and had ability but she always had trouble with feet. This filly is good natured and intelligent and she’s going really well,” Baker said.

“She’s always shown something and her trial in Atherton was a nice effort.

“I was a little worried that she mightn’t come down the hill too well there but she handled it and that’s a plus with the downhill run from the 1000m at Townsville.

“She’s drawn a bad barrier but I think she should run well.”

Keys Please was sent to Brisbane to Brett Baker as part of her early education and ran second in a trial at Toowoomba before going back to Ralph to be prepared for the early two-year-old events in the North.

Relative newcomer to the Townsville training ranks Terry McGovan will saddle up three runners in the fillies’ division at his first attempt at the race.

He has Purple Hat, Shadowed Spirit and Yabulu Princess engaged.

Formerly based in Bathurst and more recently for seven years in Darwin, McGovan and his partner Trish Sellick and daughter Dakota run a training, spelling, and farrier business at Yabulu.

“Being babies not everyone has trialled, but my three are very well educated and I think the two from the inside draws will be there somewhere,” McGovan said.

“They’ll be better as three-year-olds so they’ll probably have this race and then go out.”

Meanwhile, Wulguru trainer Bub Baker is expecting Cluden trial winner It’s A Ploy to give a bold sight in the colts and geldings’ heat.

Baker is hoping to add to a string of wins in the Pallarenda Stakes with his most recent winners All Girls Rock and He’s So Tempting.

“I’m very happy with him and I’m expecting him to jump and be up near the lead,” Baker said.

“He ran around a bit in his trial but still did a good job. He’ll have the earmuffs on and I think that will be a big help.”

Saturday’s card will start much earlier to coincide with Cox Plate Day race meetings around Australia.

The fillies’ division of the Pallarenda Stakes is Race 1 and will kick off the local racing action at 10.52am.

The colts and geldings’ division is Race 5 and is due to start at 1.13pm.

Book your ticket to the Pallarenda Stakes.