Bub’s back with winning touch 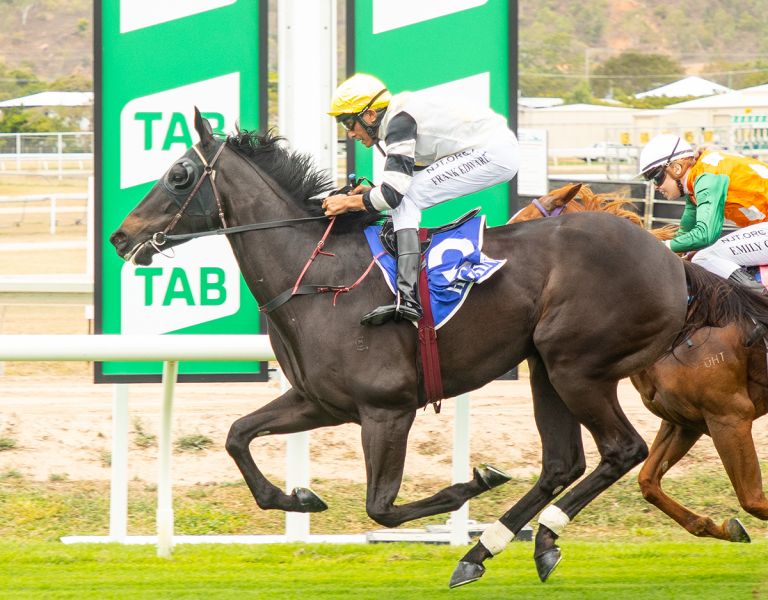 Bub Baker is back and he still has the “golden” touch.

The respected Wulguru trainer, who these days divides his time between Townsville and Brisbane, returned to the winner’s stall at Cluden Park earlier this month with Golden Hands.

Golden Hands, by Ambidexter, is engaged again today in the TAB Long May We Play Hcp (1000m).

Baker, who has trained winners of the Great Northern Two-year-old Classic and a host of other big races, only trains a select few young horses for family and friends.

He said the jet black four-year-old Golden Hands had been a test of patience, but had always showed ability.

"He’s a big, useless bugger but he can gallop,” Baker said.

“Every time I brought him in and got him to the stage where I’d step him up he would go sore in the knees.

“We just had to wait until his knees caught up with the rest of him.

“I gave him a few trials in Brisbane and he went well but had to spell him again.

“He had his first start in Cairns at the 1250m and he just needed the experience and the run.

“I expected him to go well here but it was six weeks between runs and I was worried about his fitness.

“He’s the fastest horse out of the gates I’ve had since Sanair and Frank [Edwards] gave him a lovely run.

“It’s a pretty good field today with a lot of more experienced horses and I think he’ll need a bit of help.

“I’ll probably give him a few more runs until it gets too hot and then turn him out.”

Baker also has high hopes for a Sepoy youngster, It’s A Ploy which he’s aiming at the season’s first two-year-old race the Pallarenda Stakes on October 24.