Georgie dreams of another big win 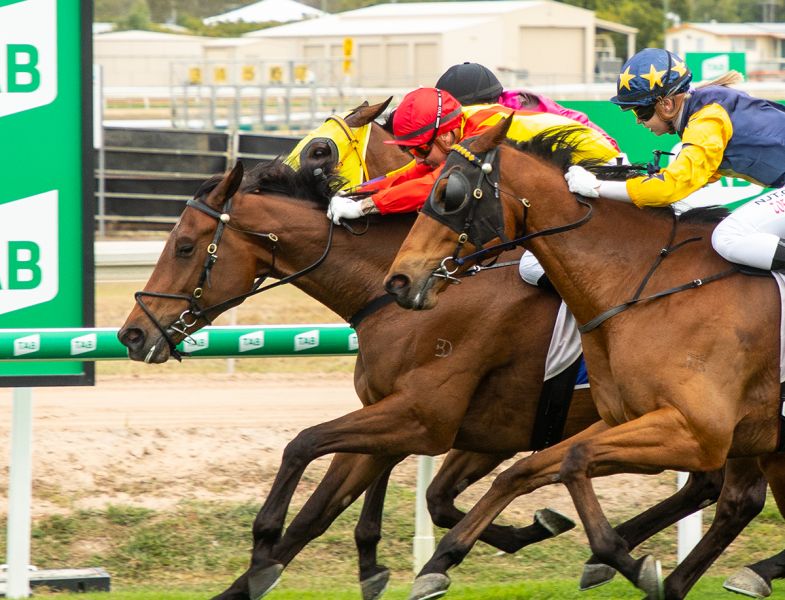 Tough as teak mare Dream Big is primed for another big run at Cluden Park tomorrow, according to Townsville trainer Georgie Holt.

Dream Big won plenty of admirers after enduring a tough there wide run from a wide gate to win at her first start for the stable over 1300m at Cluden on September 17.

She steps up to the 1609m in tomorrows Brown Brothers Benchmark 65 Hcp and will again be ridden by top heavyweight hoop Ash Butler.

“She’s a good chance again tomorrow. Her work’s been phenomenal and Ash knows her well. When you put all the positives together it’s a good race for her,” Holt said.

“The mare is not an easy horse to ride because when she wants to go she’ll just bolt,. As terrible as may have looked the other day when she won, Ash rode her well.

“He kept her relaxed and rolling rather than letting her go or snagging her back, and she was able to finish it off and get there.

Dream Big transferred to the Holt stable after coming north with Sunshine Coast trainer and former Northerner Darryl Hansen for the winter carnival.

The locally owner mare had one start finishing down the track in the Up and Coming Stayers Hcp on Cup day before going to Holt.

“When we got her we gave her 10 days off in the paddock to freshen her up. Ever since we put her back into work she just wanted to gallop and has just kept getting better.”