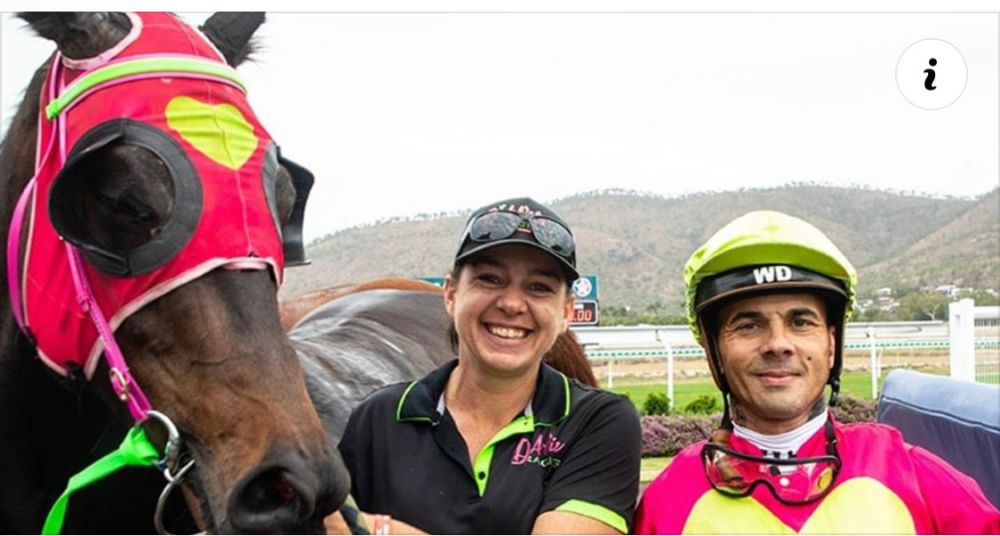 Premiership jockey Wanderson D’Avila is worlds away from his birthplace in Brazil, but after 20 years of constant travel, he’s content to call North Queensland home.

Now Based in Tolga, the 45-year-old is aiming for another strong year after landing 74 winners in the 2019-20 season and along the way victory in Townsville jockeys’ premiership.

D’Avila is your archetypal journeyman.

He has ridden in four countries, racked up 1500 career winners and with 475 Australian winners in two States, he will soon eclipse the magic 500 mark.

And he’s set to move a step closer with four solid rides at the Melbourne Cup Day race meeting at Cluden Park.

“Jorge was my idol, a legend. He has ridden almost 13,000 winners, a World record. My grandfather knew his father and that’s how it all started for me,’’ D’Avila said.

“I grew up on a farm outside Rio de Janeiro and Jorge’s father helped me get a place in the racing academy.

“I was 15 when I left home and it was tough in the riding ranks in those days because the racing was strong and all of the top jockeys were still there.

“It took me only seven months to ride my 75 winners and outride my allowance as an apprentice.

“I signed a contract with one of the big stables in 1999-2000 but then the government crashed. People started leaving – owners, trainers, and jockeys. And that’s when I left.”

After a stint in California, he moved to England where D’Avila said it was hard to gain opportunities with his distinctive South American riding style.

A week before he finally quit the UK to travel to Australia he rode in a Group 2 race at Royal Ascot.

“I tried to change my style but they wanted riders with the European style - jumping up and down on them, D’Avila said.

“My wife at the time wanted to go back to the US but I didn’t want to go there and she suggested Australia – I said where?

“I knew nothing about Australia. That was 2010 and the first place I ended up at was Winton – straight off the plane from England.

“The people were good to me but I wanted to go back to the UK. In the meantime I decided to have look around and I met Jay Morris in Mt Isa and he said stay – we’ve got a good horse that can win the Cleveland Bay Handicap in Townsville.

“The horse was Heart and we won and I stayed”

For the past 10 years, D’Avila has been on the move, riding in the North and various locations around Queensland and Northern NSW.

With new wife Sharlee - a rising star in the training ranks - and their two young sons, D’Avila is on his second sojourn in the North and says he’s much more settled.

Although a freelance rider, he has again linked with premier trainer Roy Chillemi for whom he has ridden 143 winners in two stints.

“We have a good life up here,” D’Avila said.

“Sharlee has a stable of 25 horses, and to her credit she’s doing a great job.

“We also have a property at Tarzali where we run some cows and that’s something I really enjoy.

“We were in NSW for seven months before we came back here and I wasn’t happy. I was making a good living but I was riding every day and I was never home.

“That’s why we came back.

“All the family’s here, which means Sharlee can train, I can ride where I want and it’s a better life for the kids.

“I’ve had a couple of bad injuries from falls, but if my body holds up I think I’ve got another 10 years of riding left.”

His biggest wins of the year came aboard the Chillemi-trained Tennessee Boy in the Two-Year-Old Classic in Townsville and the Cairns Guineas.

“I didn’t ride Tyzone or Grey Missile for Roy, but I think Tennessee Boy is good enough to go to Brisbane,” D’Avila said.

“I’ve won most of the major races up here but I haven’t won a Townsville Cup so that remains a big one for me.”

After being sidelined for a month through injury in September, D’Avila was quickly back in winning form.

He landed the colts and geldings division of the Pallarenda Stakes at Cluden Park in October for wife Sharlee on the smart Domesday gelding Destroy The Star.

And it seems just a matter of time before the much-travelled Brazilian racks up that 500th winner.