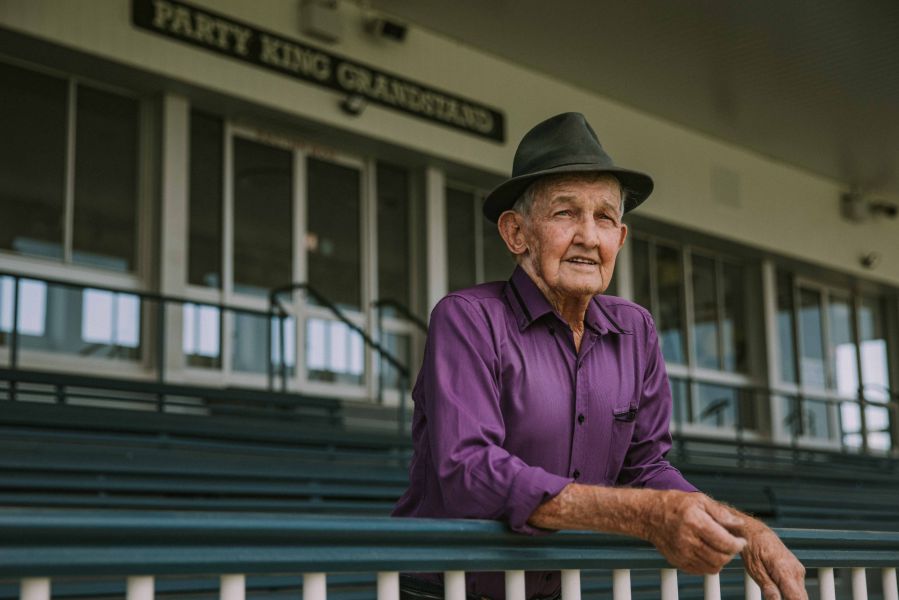 Built in 1896, the grand old building has undergone a major restoration as part of the Townsville Turf Club’s $12 million redevelopment following extensive damage in the 2019 floods.

The grandstand was originally designed by notable architect Walter Howard Turnbridge and is considered one of the finest examples of its type in Australia.

Through cyclones and floods, the majestic stand has borne witness to great moments in Townsville’s racing for more than a century. 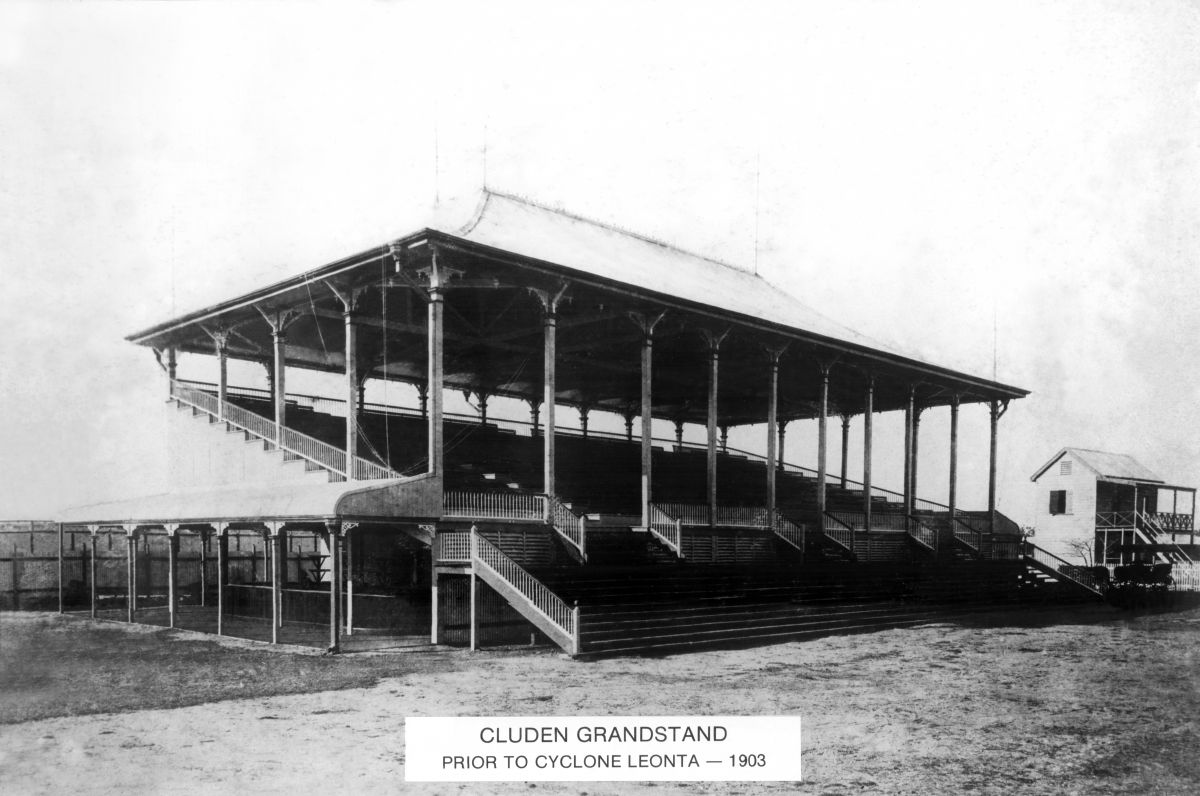 From the spacious wooden stand, packed crowds have witnessed the deeds of the brilliant sprinter Gay James, Picnic In The Park when he won his 20th straight race with a 10,000 strong attendance, and the great George Moore and Neville Sellwood riding during the war years.

But few great racing feats could top the heroics of three-time Townsville Cup winner Party King after which the grandstand was named in the early 2000s.

Party King’s trainer Errol Sewell [pictured], an accomplished amateur jockey and winner of 15 straight Townsville training premierships and five Cups in all, says the naming of the stand was one of the most memorable days of his racing career.

“The owners were that psyched up after they named the grandstand after the horse,” Sewell said.

“It was very special for everyone. It was just like winning the Cup again. Up until then I don’t think the grandstand had a name.

“Party King was such a lovely horse and a few months ago he was still going at age 28. The lady that had him near Brisbane was using him to help educate yearlings.

“It was great that he went to a very good home.”

Sydney trainer John O’Shea originally secured Party King from fellow trainer Graeme Rogerson as a northern Cups horse for his father Bernie and his mates on the Atherton Tablelands.

Under the care of Sewell, Party King became a big race specialist, winning the Home Hill and Innisfail Cups, as well as the NQ Amateur Cup, Winter Cup and his three Townsville Cups in succession from 2000 to 2002.

The Star Way gelding won his next two with the late Keith ‘Magic’ Mahoney in the saddle – his third amid wild scenes at Cluden in a desperate finish by a nose over Riva Rebel.

“I didn’t see much of the race. I normally get away on my own to watch them and go on the call. But there were so many people in the trainers area where I normally watch it that I couldn’t really see anything,” Sewell recalled.

“He just got there, but he was a horse that just wanted to win. He was fair to average at a mile but he grew a leg when he got over the 2000m plus Cup distance.

“Party King was an easy horse to train and Darin (son) had a lot to do with it. He did a lot of work on the horse.

“It was fantastic that after he retired they named that great old grandstand after him.”

The restoration of the grandstand was carried out in keeping with the heritage values of the building and will provide racegoers with fresh new amenities.

Work included a full renovation of the air-conditioned Raceview Room, reroofing of the building, as well as a return to the past with the opening up of the bar areas – reflecting the 1896 lunch area at ground level.

The Party King Grandstand with its beautiful sweeping views of the racetrack and the Mount Stuart backdrop was placed on the Queensland Heritage Register in 1992 along with the old totalisator building and gate and ticket office.