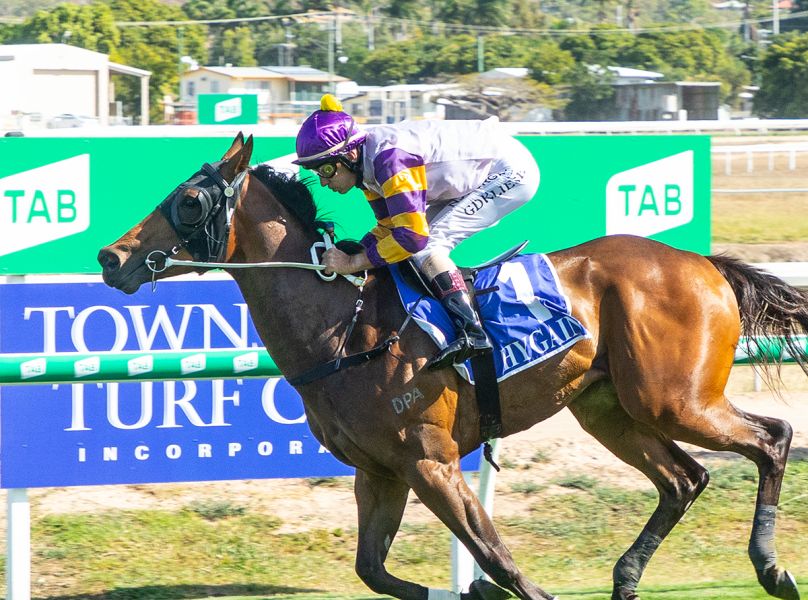 Townsville jockey Graham Kliese recaptured that winning feeling on his home track in spectacular fashion with a winning treble on Tuesday.

“There’s nothing like a bit of confidence,” Kliese said after landing his third winner for the day on the Les Gordie trained Tawhiri in the last.

“It’s a great feeling to get that first win under the belt, but to get a treble is super.”

Kliese, back from an 18-month absence through a fall in 2018, has ridden a string of winners around the north.

But until Tuesday's race day he was waiting patiently on that first victory back at Cluden Park where he already had a career tally of 550 winners.

The breakthrough win came aboard the ultra-impressive Stacey Adam-trained Expect The Best which was having its first start in the Hygain Maiden Handicap (1000m).

Kliese was at his best again winning on the heavily backed Cold Power for trainer Michael Geaney in the TAB Long May We Play Handicap (1000m) before a rail hugging ride to win on long-shot Tawhiri in the Coca Cola Amatil Handicap (1200m).

All three winners are trained in Townsville.

“It was great to get the first win on Expect The Best. We’ve put a lot of work into the horse and it was a good kick along for Stacey and Danny Adam,” Kliese said.

“I’m mates with Michael Geaney and the win on Cold Power was pretty good.  The horse showed today he’s not one-dimensional and has to go back to do his best.

“He jumped well and was right on their hammer and rounding the turn I thought this is home this.”

Kliese said he gave long shot Tawhiri’ a good chance in the last after recent good runs despite the $21 price.

“I thought he was a chance with the right run and it gave the Gordies a big day.”

Tawhiri landed the second leg of a double for Les Gordie after Bullion Wolf recorded a well-deserved win in the Sky Racing Open Handicap (1200m) thanks to a gun ride by apprentice Marnu Potgieter.