Roy still gets joy from love of racing 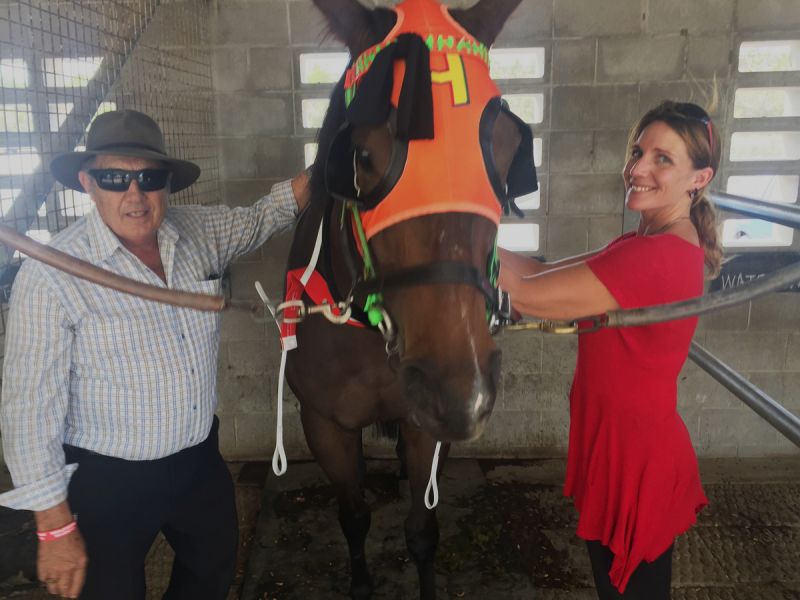 Roy Chillemi has been at the helm of the North’s most powerful racing operation for 30 years, but his passion for the game is as strong as ever.

Chillemi, the principal trainer for the north’s biggest owner Tom Hedley, claimed his 15th Townsville training premiership this year with a tally of 20 winners.

With his 71st birthday approaching, Chillemi still cherishes every win in a career that has amassed 1271 winners, 641 of them in Townsville.

He admitted this year’s win came a little unexpected after he took an extended break last summer for work on his eyes and knees.

‘‘I turned the horses out and didn’t have a runner for three months so I wasn’t really expecting to win it, Chillemi said.

‘‘It’s always a thrill to win the premiership. There are a lot of people who get fun out of racing and enjoy it as much as I do.

‘‘It’s a pretty big business and it’s a team effort and the staff are a big part of it.’’

While Hedley Racing now has horses with trainers Stephen Massingham, Fred Wieland, Sharlee D’Avila and Alby Molino, the Tolga operation is still the principal base.

Chillemi currently has 12 horses in work and while numbers have been as high as 28, he says the optimum for the stable is 18 with a greater focus these days on young horses rather than tried horses.

The stable has unearthed a string of top liners in recent years, most notably Grey Missile and the mighty Tyzone who won this year’s Stradbroke Handicap.

The latest crop of stars include Tennessee Boy, Higher Realm, Love is Blind and Oriental Girl, which are now spelling.

‘‘They are all good horses that will come back even better next time,’’ Chillemi said.

‘‘Tennessee Boy was a giant killer. He beat Higher Realm in the Two Year Old Classic in Townsville and then knocked over a very good horse in Derulo in Cairns in the Guineas.

‘‘Higher Realm has had a few issues with his knees and he’ll come back stronger and Oriental Girl is a beauty. She’s won $174,000 in prizemoney and I don’t think she’s finished any further back than third for us.

“I tried to aim Love Is Blind at the Cleveland Bay Handicap this year and I think it was a year too soon. He’s a very good horse and he’ll be much more mature next year.’’

While Chillemi is planning to again take a break in the hotter part of the summer, he is first expecting the arrival of another six two year olds which are being educated in the south-east.

The former baker and pastry chef, who owned and operated a highly successful bakery business in the Gulf, has come a long way since first training horses for himself and a few friends in the 1980s.

After first linking up with Tom Hedley in the early 1990s, the relationship has developed into one of the most successful and enduring racing partnerships in the State.

Chillemi prepares his team from a spacious training complex at Tolga opposite the racetrack from where the stable has won just about every feature race across the North.

‘‘These days we’re focused more on bringing the young horses through. We’ve had some good ones like Grey Missile and Tyzone who is just a great little horse,’’ Chillemi said.

‘‘He was so good up here that he eventually had to go south with the weights he was getting.

‘‘The little bugger made me cry when he won the Stradbroke. ”

Chillemi said he may eventually down size his training operation but he’ll always have a horse while the body holds out.

‘‘You can’t sit still and do nothing. I won’t be going back to baking so it has to be a horse.’’