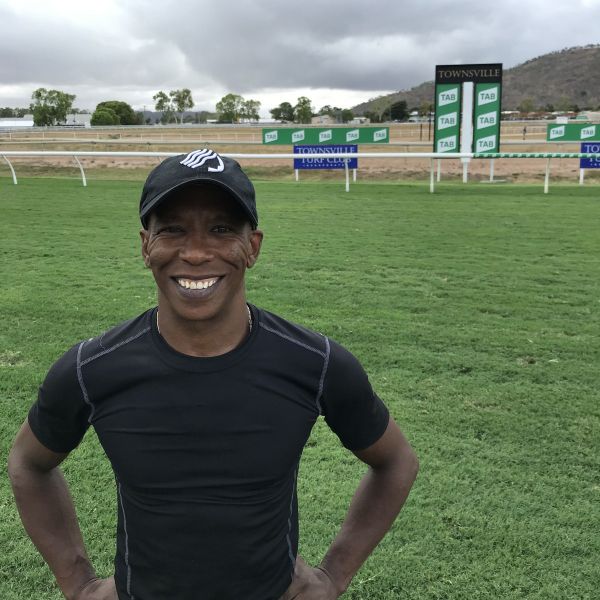 There was no bigger smile on the Cluden Park racecourse on Saturday than the beaming grin on former South African now Townsville based jockey Denicious Smith.

Smith landed his first Townsville winner aboard Revenire for friend Carl Spry in the Open Handicap to relaunch a riding career that seemed to have no limits in his home country, South Africa, back in the early 2000s.

Now 20 years on and after stints in six other countries, Smith joined the mass migration of jockeys from Victoria to Queensland and has made Townsville his home base.

“I was thrilled to ride my first winner here for Carl. He and his wife Sarah has been very supportive of me,” Smith said.

“I’ve received a great reception from trainers and other jockeys as well. It’s been very positive.

“The beauty of Townsville is that you have this warm weather, everything you could want is here and the race track is just great and gives horses their chance.

“This will be my base and I’m a big believer in ‘have saddle will travel.’ I will go anywhere – wherever the rides are.

“I’ll put in the hard work and I’m sure the results will flow.”

A graduate of the tough South African Jockeys Academy, Smith was the country’s leading apprentice in 1999-2000 and rode against the likes of Anthony Delpeche, and Jeff Lloyd and Robbie Fradd before they ventured overseas.

Smith too, left South Africa to chase success abroad and eventually made his way to Australia.

A regular track rider for Darren Weir and then Ciaron Maher the race day opportunities were too few in the fiercely competitive riding ranks in Victoria.

“I had been flying in and out of Tassie for rides, but when Covid hit that option was out. So a friend showed me an advertisement for a jockey up here in North Queensland and I decided to give it a go,” Smith said.

“I stay in touch with Jeff and Robbie and I regularly ask their advice and I think this is a good move for me.”

Smith showed his polish in the saddle with his last to first effort on Revenire, coming down the outside with his distinctive pumping action.

He followed that effort with thirds on Foxy Secret and Stolen Diamonds. While the natural lightweight is keen to build momentum in his riding career in the north, he will be away for a short period riding in Tasmania and King Island over the New Year to fulfil a long-standing commitment.