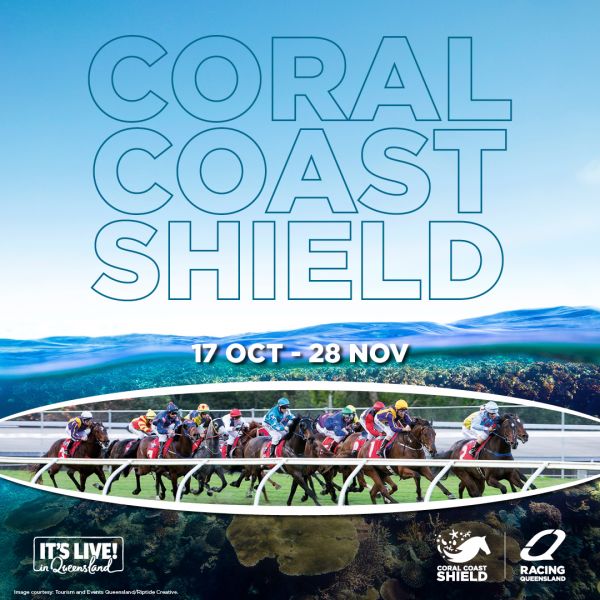 Townsville has claimed the inaugural Coral Coast Shield, only clinching victory in a tense photo finish in the very last race of the series on Saturday.

After 12 qualifiers and two finals earlier in the day, Townsville lifted the Shield after locals Bullion Wolf and Fortification finished first and second, inches ahead of Rocky galloper Fly For Yolong in the Coral Coast Cup.

A delighted Townsville Turf Club general manager Natalie Rintala said the win was a great boost for the local industry.

“What an exciting finish thanks to a fantastic performance by our locals,” Ms Rintala said.

“The Coral Coast Shield series has been a major success story for provincial racing with $500,000 in prize money being distributed from Rocky to Cairns.”

“It’s a great innovation from Racing Queensland that will serve to build confidence in the industry here in the regions.”

“I want to also thank the owners, trainers and jockeys who supported the series all the way up the coast and especially here for the finals race day.”

“It was such an exciting finish to the series and thankfully that home track advantage and superb effort by our local horses helped us get over the line.”

As the winner of the Shield, the club receives $25,000 for improvements to patron-racing facilities.

The win was also great news for the club’s nominated charity partner Riding for the Disabled Townsville who will pick up $10,000 to support their work in the community.

But the win was anything but secure going into the final race of the series, the Coral Coast Cup.

Townsville went into the day as series points leader ahead of rival clubs Rockhampton, Mackay and Cairns.

But after Mackay won the Coral Coast Lightning final with Moreno, and Rocky galloper Bold Eos claimed the Queen of the Coast final, Townsville was trailing Rockhampton.

Townsville needed a one, two result in the decider the Coral Coast Cup to clinch the Shield and Bullion Wolf and Fortification rose to the occasion.