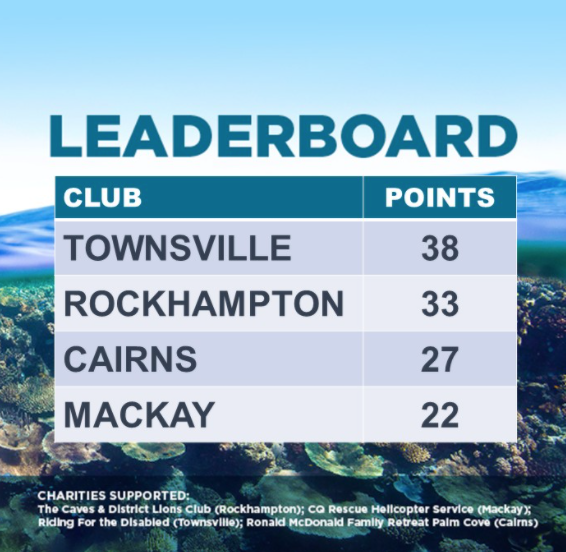 It may have left the run late, but Townsville is now leading the charge to clinch the inaugural Coral Coast Shield at a bumper finals race day at Cluden Park on Saturday.

Townsville rocketed from last place on the series table to outright lead over rival clubs Rockhampton, Cairns and Mackay with a clean sweep of the last day of qualifying races at Cluden Park last week.

With the home track advantage, Townsville will go into Saturday’s grand final day with leading hopes in all three $50,000 finals  - the Coral Coast Cup (1609m), Coral Coast Lightning (1000m) and the Queen of the Coast Hcp (1400m) for fillies and mares.

Townsville Turf Club general manager Natalie Rintala said the club was expecting a big roll up Saturday with horses and connections coming from all of provincial Queensland.

“The series is distributing $500,000 in prizemoney into our areas, and generating enormous interest in provincial racing in the State,” Ms Rintala said.

“We’re proud to be the host club for the inaugural Shield and we’re extremely excited about the big day on Saturday.

“It was fantastic to see Townsville horses do so well in the qualifying races last week and hopefully we can go all the way on Saturday and win the shield.”

Townsville horses dominated in last week’s final round of qualifiers with Beau Jet and Revenire running the quinella in the Open Sprint (1000m), Fortification beating Buster Block in the Open Mile qualifier, and Double Denman and Candy Girl running first and third in the Fillies and Mares.

The Coral Coast Shield has included 12 qualifying races across the four tracks with points allocated on a 5, 3, 2 basis.

Saturday’s finals will offer doubles points and $25,000 to the winning club for improvements to patron/racing facilities.

Local nominated charities in the four cities will also benefit from the series.

Each club has a nominated charity, which will be in the running for the Coral Coast Charity Shield.

All other charities will receive $5000.