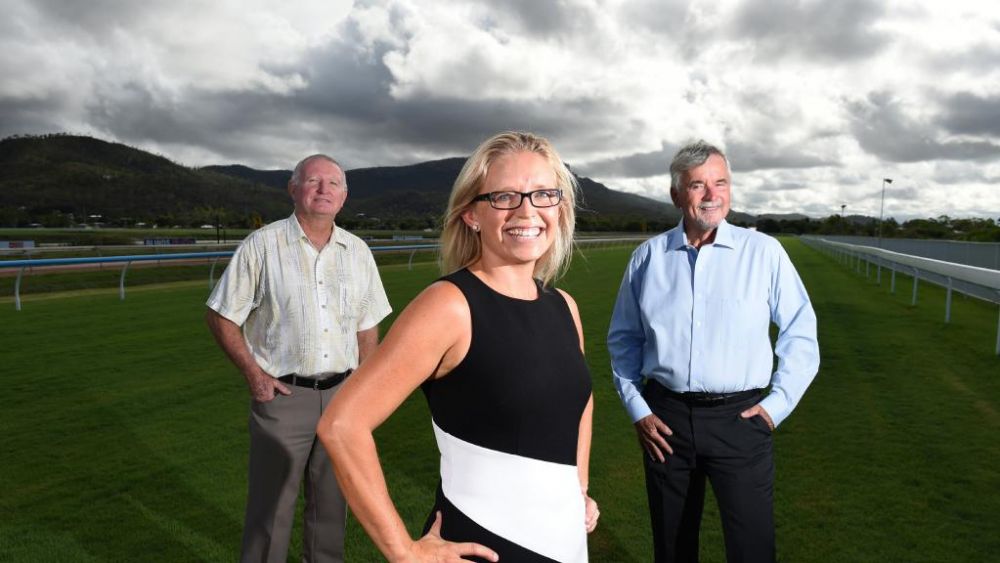 THE Townsville Turf Club has revealed who will take the reins in 2017, with the first woman in its history appointed to be the new CEO.

Cassandra Cazzulino will step down from the Townsville Turf Club committee and into the her new role, following former CEO Michael Charge’s resignation earlier this month.

Ms Cazzulino was previously just the second woman to be appointed to the TTC committee in almost 150 years in December and is now the first female CEO for the club.

TTC president Malcolm Petrofski said Ms Cazzulino’s considerable experience in both the event industry and business development made her the ideal candidate.

“Cassandra’s energetic and comprehensive approach is a suitable fit with the experienced new committee and we look forward to working collaboratively to strengthen the club’s direction and ­increase profits,” Mr Petrofski said.

Ms Cazzulino said she was looking forward to the challenge.

“I look forward to implementing innovative, yet practical solutions, in our pursuit for excellence across all areas of our business activities,” she said.

“We will dust off our current approach to ensure we deliver on our promise of turning the TTC into a multifaceted entertainment venue based on thoroughbred racing.”

In November the turf club’s committee stood down after Racing Queensland ordered them to appoint and fund their own administrator.

A letter obtained by the Bulletin at the time revealed RQ CEO Eliot Forbes had ordered the club to appoint Jamie Harris of McGrath Nicol as special purpose administrator and quoted a report raising concerns about the organisation’s financial viability.

The members submitted their resignations over the potential of taking on additional debt as a result of the ultimatum given to the troubled 150-year-old organisation.

Since then another committee has been appointed sparking fresh hope a new leadership team, and the appointment of Ms Cazzulino, can put the club in a positive direction.

Previous committee members indicated the financial difficulties began after the lengthy closure of Cluden Park for a $7 million revamp in 2015.