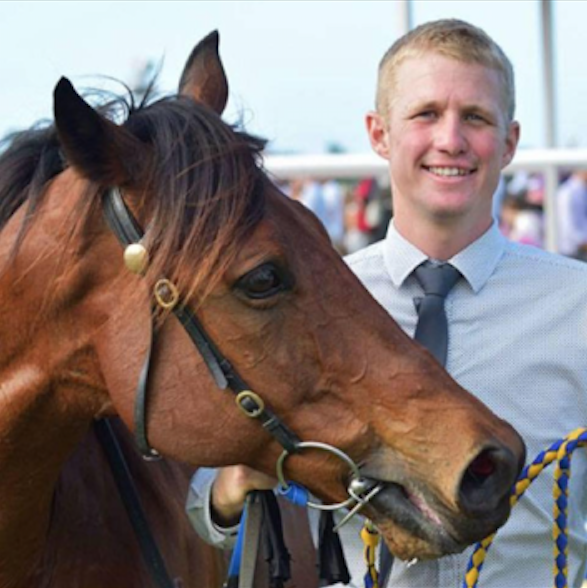 Geaney, who won the 2018 Townsville Cup with Lady Skills, is upbeat about his chances with all four of his runners.

The stables fortunes will be spearheaded by newcomers Cold Power and Academy Hill - both last start winners – and the underrated Jemadar.

“They’re all good chances with a bit of luck in running,” Geaney said.

“Having some good new additions into the stable has made a big difference.

“We had a lot of problems with our best horses leading up to the carnival and decided to turn them out. That gave me a chance to have a break and reassess things.

“I think it was very much a case that the trainer needed a spell as much as anything.

“Cold Power and Academy Hill came to me from David Micallef and I took on Jemadar for Damien Rix who bought the horse on the spur of the moment late one night on an online auction.

“All three have been going really well and I’m pretty confident about their chances again.”

Cold Power followed two close seconds for Geaney with a powerful win at his last start at Cluden Park over 1000m.

He will line-up with Geaney’s other runner Monkey Magic in the Coca Cola Amatil C2 Handicap (1200m}.

Perennial bridesmaid Academy Hill broke through for his first win since June 2018 at only his third start for Geaney in Cairns on September 25.

Geaney said he would again adopt front running tactics on Academy Hill in an effort to outfox the old gelding.

“He’s got plenty of ability but he has a history of waiting for them. He’ll get to the girth of the leader and won’t go past them. We had him ridden in front in Cairns and he just kept finding enough to get his nose over the line,” Geaney said.

“We’ll try the same again tomorrow. Jemadar will also go forward. His last start second was a good tough effort and he should run well up on the pace.

“Monkey Magic has had a freshen up and she runs her best races down in the weights and Cold Power was impressive the other day and the step up to 1200m should suit him even better.”