Black River hobby trainer Troy Clive is hoping to continue a dream start to his latest racing venture with three runners on a rain-affected track at Cluden Park tomorrow.

The Cluden track’s superior drainage qualities had the meeting still going ahead in the Soft 7-Heavy 8 range at midday Friday despite 200mm of rain over eight days.

Clive took out a license just over three months ago and from 12 starters has already landed two winners and three placings, including his first TAB winner at Cluden with Indian Dancer.

Tomorrow he will chase further Townsville success with Indian Dancer in the Host Your Function at Cluden Benchmark 58 Hcp (1300m), Star Raider in the Carlton United Breweries Cl 3 Hcp (1200m) and Jemadar in the Coca-Cola Amatil Benchmark 65 Hcp (1609m).

“I’ve got five in work and that’s probably the right number,” Clive said.

“I originally had just one in work, but then Damian Rix asked me to take on Jemadar and from there we bought a couple more.

“I had trotters and my dad (Dave) trained gallopers and I used to help him out around the stables.

“It’s a little bit different training gallopers but I’ve been fortunate to have Rob Rix and Damian giving me a hand which has been great, and Jeff Felix has been good, coming out to ride fast work at the beach.

“We’ve had a good start with Jemadar winning his second start for us at Innisfail and Indian Dancer winning well here.”

Clive is keeping a close eye on the track condition, which has stood up brilliantly to this week’s wet season rain.

“I think all three of mine are a chance again on Saturday,” Clive said.

“Jemadar is down in class and is very fit but the one little query is him getting the mile.

“Indian Dancer won his maiden impressively even though I thought he might have been a run short. Jeff (Felix) rode him really well and I think there’s a bit of improvement to come fitness wise.

“Star Raider just got too far back over the 1000m but finished off really well.

“He ran into a couple of smart ones in Overseas and The Grove last time and he should be better suited at 1200m and in a slightly easier race on the weekend.

“He has won on soft going so that’s a plus as well.” 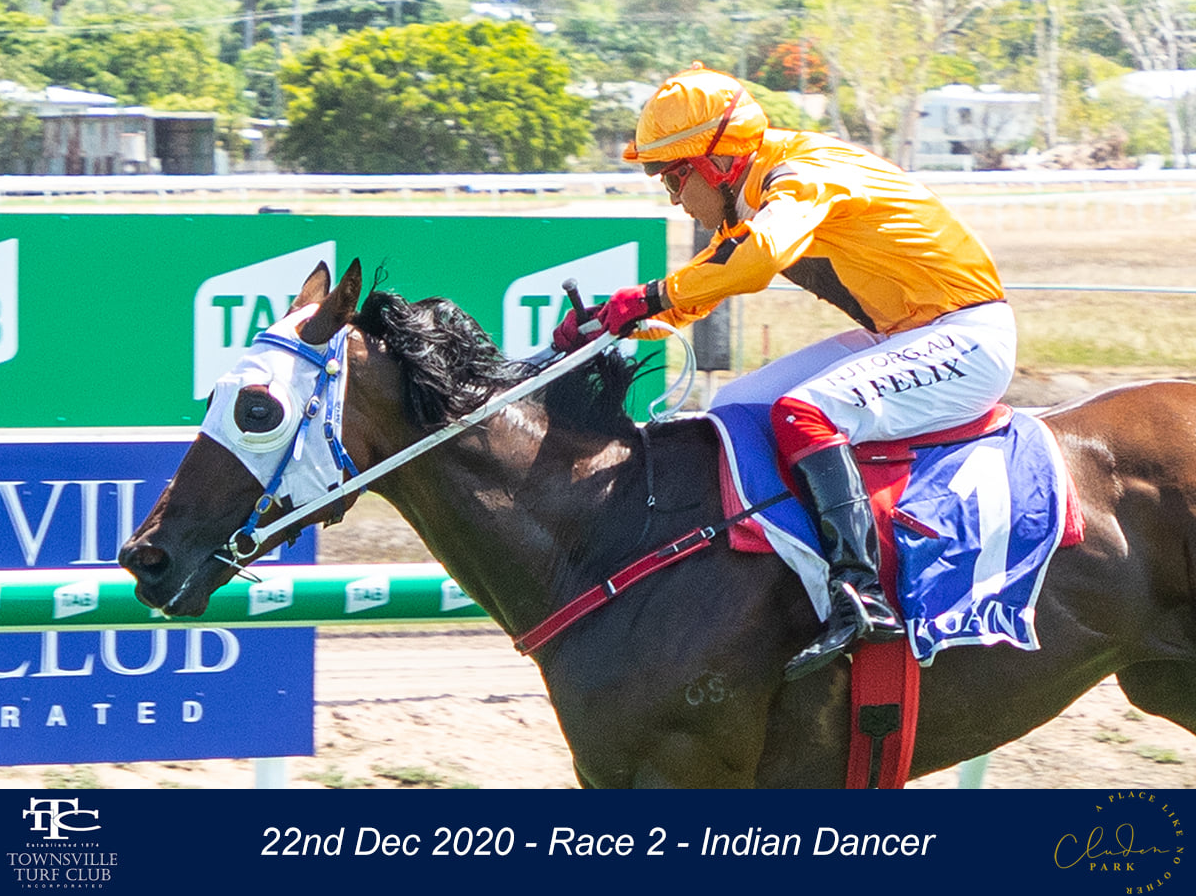