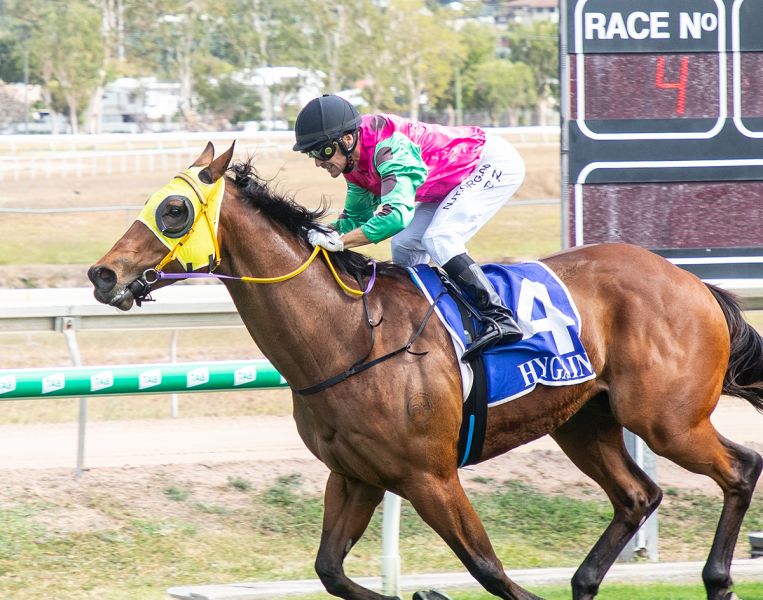 Cluden trainer Bill Kenning is confident his gutsy galloper Unshakeable can add to his impressive record with another win in Townsville tomorrow.

Once a virtual write-off with chronic feet trouble, Unshakeable has won four of his eight starts for Kenning since coming north from Victoria earlier this year.

The I Am Invincible five-year-old powered home at his last start to win over 1200m thanks to a brilliant Brad Pengelly ride.

Kenning said the gelding will be even better suited over 1400m tomorrow in the Tab Venue Mode Plate.

“He’s getting out to the right trip and I think he’ll be hard to beat. It’s a good field and I think Funky Music will probably be the toughest to beat,” Kenning said.

“It was a really good win at the 1200m which is a bit short for him. He surprised me in fact but it was the ride that got him there.

“The horse has been terrific for us but when we got him he was a very sore in the feet.

“I just couldn’t work out what was wrong with him. We had him x-rayed and they told us it was that bad we should try and get our money back.

“That didn’t work so all we could do was persevere with him.

“I bushed him and when I brought him back he was still sore. I tried elevated front plates and a lot of swimming and beach work and he’s been going great.

“He doesn’t seem to need much work, and can race well having a start every fortnight.”

Regular jockey Brad Pengelly will be aboard again tomorrow and will be out for his fourth win on the gelding from five rides.

Kenning and Pengelly will also combine with Beau Jet in the Sky Racing Open Hcp over 1200m.

“The horse is suspect over 1200m, but he’s having his third run in a short time and if he’s ever going to get it it’ll be tomorrow,” Kenning said.

“He’s had a wind operation and he’s getting older. He won well at his last start over the 1000m and I thought ’d step him up for another go at the 1200m.”