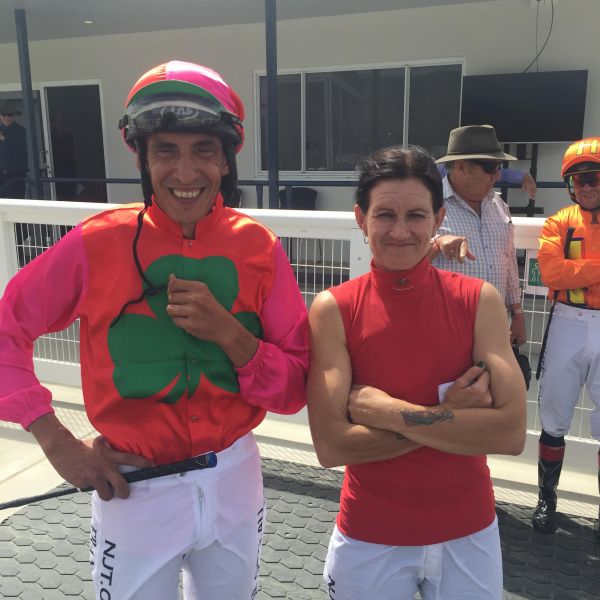 If northern racing has a renaissance man then surely ageless jockey Frank Edwards fits the bill.

At 57, when most hoops are retired or winding down, Edwards has a renewed optimism and determination for the game.

Many in the local industry have been delighted to see the popular jockey turn his career completely around from the brink of retirement to again be a force in the riding ranks.

He completed his best season in years in 2020 with 35 winners and is now planning on riding into his 60s.

But 18 months ago it was a far different story.

Winners had dried up, the phone didn’t ring and retirement was on the cards.

“In the 2017/18 year I rode seven winners and they were all in the bush. Retirement was a distinct possibility,” Edwards said.

“But I didn’t want to be forced to give it away like that … I want to go out on my terms.

“When you’re not riding winners and you’re in the veteran class, people are looking to put on the younger riders.

“Very few trainers wanted to put me on. Sometimes I’d turn up to the track and ride just one horse.

“I made a decision to work harder, make my self available to ride a lot more work and just keep at it and slowly I got the ball rolling.”

The turning point according to Edwards came out of the blue when he won on Sensation Ally in last year’s Townsville Amateur Cup for John Manzelmann.

“That was really the turning point for me. John’s always been good to me. He had a few nominated so I rang him and he gave me the ride. I don’t think she was the top pick but she enjoyed a great run and won,” Edwards said.

“The winners became more frequent. The support of trainers like Graham Hughes was very important.

“He’s been a great supporter and we had some good success, especially with Dordogne who’s back in work.

“I also had a great run with Exceeding Assassin for Bonnie (Thomson) who’s a good friend. One day at Home Hill he had a lot of weight and Bonnie asked me to ride him. He won and I’ve won another four races on him. He’s a very honest horse.”

Edwards’ 2019-20 season was his best since winning the Queensland Country Jockeys’ Premiership in 2012/13.

Born and raised in Papua New Guinea, Edwards’ career tally now stands at 1323 winners with victories on 36 tracks across the State.

After moving to Brisbane from PNG in 1980 to start an apprenticeship, Edwards moved to Cairns in 1986 and then to Townsville in 2000.

Even 40 years on, Edwards said he can still get down to 54kg although with hard wasting and sees himself riding on for some years yet.

“I’m comfortable with where I’m at with my riding. I’ve always had to waste but I’m fit, happy and I think I can keep going into my 60s.”

Edwards has high hopes for the Jimmy Fogarty-trained two-year-old Well Charred which finished runner-up in the colts and geldings division of the Pallarenda Stakes last Saturday.

But he’ll have to wait before he can again taste success after receiving a 12 day suspension for being over exuberant with the whip.