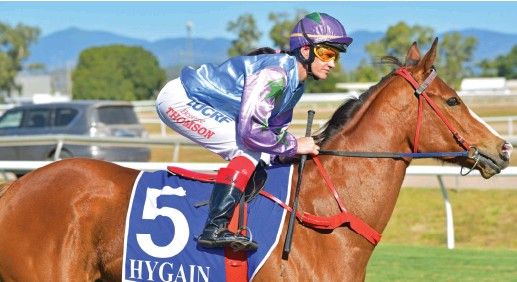 The female jockey rooms at the Townsville Turf Club will receive a $365,000 up-grade after funding was secured for the much-needed project.

Earlier this week, the Federal Government confirmed Townsville would receive more than $180,000 courtesy of the Building Better Regions Fund – matched by Racing Queensland – to expand their existing facility which fails to appropriately cater for female jockeys.

The current cramped quarters will be up-graded to cater for 15 female jockeys and will include a kitchenette and increased storage facilities.

Cluden Park was inundated earlier this year during the Townsville floods and is currently undergoing remediation work to allow a return to racing.

“Women make up the majority of our incoming apprentices and our facilities around Queensland have not catered for the growing number of female riders.

“We thank the Federal Government for their assistance and look forward to a new and improved Townsville Turf Club that is re-building following the recent flood disaster in the north.”

TTC Chairman Mal Petrofski said the club had been lobbying for improved female facilities for a number of years and was thrilled with the announcement.

“Up-grading our female jockey rooms has been a strategic priority for some time now and we’re glad that we will now be able to deliver it,” Mr Petrofski said.

“I look forward to seeing the completion of the improved amenities and hope it encourages more female jockeys to participate in racing across North Queensland.

“I’d like to thank the Federal Government and Racing Queensland for their support and we look forward to returning to racing in the near future.”